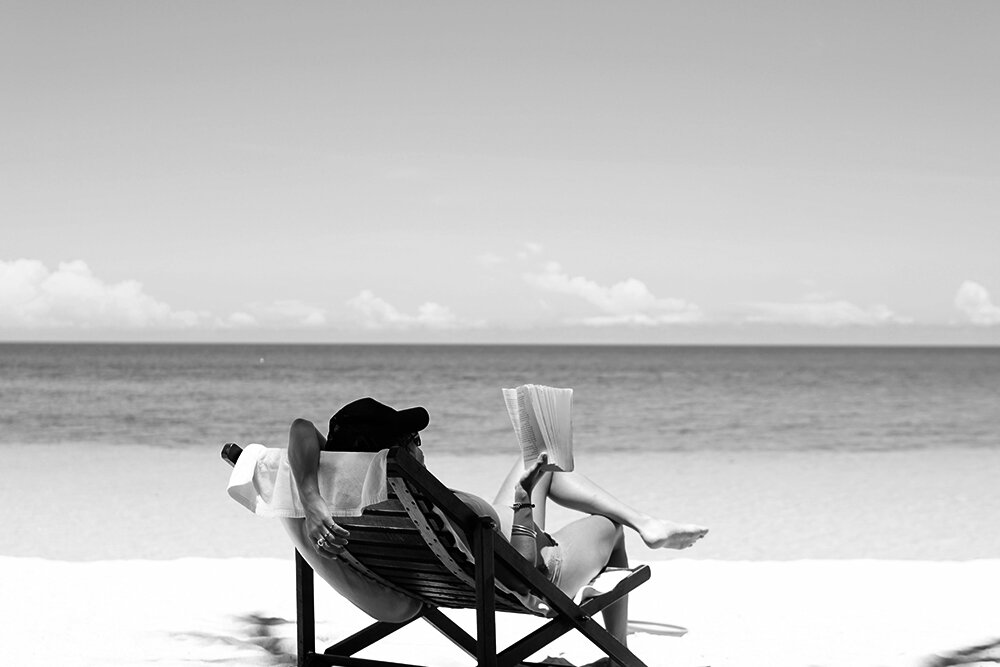 Goodbye, 40 Hours: Why We Recommend a 4-Day Workweek

As a growth marketing agency, we were built to be 100% remote from the very start. Here's how we deliver top results in less time from across the globe.

No matter how shiny and trendy your progressive, open-concept office is (or, in these times, no matter how many slick tools you have in your remote work tech stack), there may be a relic lurking in the shadows. An artifact of a bygone era, now obsolete, just waiting to be dug up and sent to a museum to collect dust with the other antiquities. No, we aren’t talking about the ancient Xerox in the copy room. We’re talking about the 40-hour, five-day workweek.

The traditional eight-hour workday is going the way of the dinosaurs, and we’re here for it. The pandemic has taught us a lot, like how much TP we really need to survive and how to dress for Zoom calls (business on top, party on the bottom), but it’s also taught us that the way we used to work is outdated and stale and in desperate need of a redo. While much of the U.S. workforce faced the challenges of being thrust into remote work life, many also saw the benefits: more time with family, flexibility to get their work done on their schedule, and increased productivity.

So why are we still pushing the ideology of the five-day, 40-hour workweek? First, a little history lesson:

The Birth of the 40-Hour Week

The 40-hour week has been attributed to Henry Ford, who made the revolutionary decision to pay his auto workers more money for fewer hours. He took the workweek from six days down to five, reduced shifts from nine hours to eight, and nearly doubled the hourly wage. At the time, it was a huge win for workers’ rights and led to an immediate and measurable increase in productivity. The move to five days/40 hours was widely adopted after Ford’s experiment, in large part to designate weekends as times of rest for Christian and Jewish workers. From there, the 40-hour workweek, as we’ve come to know it in the U.S., has been upheld as the standard across industries.

Why the Workweek No Longer Works

Back in the day, the 40-hour, five-day workweek protected the rights and well-being of hourly workers. Phrases like “TGIF” and “working for the weekend” became a part of our common vernacular. But after generations, the cracks in the design have started to show. Here’s why the traditional workweek just doesn’t work anymore:

Increasing Demands on Our Time

Decades ago, weekends were set aside as times of rest. In our changing society, weekends have evolved into a hectic, frantic race to complete all the tasks that couldn’t be managed during our 9-to-5, Monday through Friday lives. From shuttling kids to sporting events and running errands, to visiting family members and folding laundry, the weekends often feel like more work than the actual workweek. In fact, only 18 percent of the population uses the weekend as a time to relax, while a greater percentage (around 20 percent) uses it as a time to complete work from the previous week.

Fifty years ago, men were still the primary earners in the family, while women shouldered the responsibility of taking care of the home and the kids. And while we certainly aren’t sad to bid farewell to traditional gender roles, the shift to dual-income households has changed the way we manage our time. Chores like yard work or home maintenance are pushed off to the weekend, which is also when we’re expected to be focused on together time with family. Downtime has become more of an ideal than a standard, leading to workers going into a new week already exhausted and nearing burnout.

We Aren’t Built to Work This Way

Mondays get a bad rap. The weekend is over (though, as we’ve seen, weekends are usually just as much work as any other day), and it’s time to get back to the grind. Most 9-to-5ers have been conditioned to hit the ground running on Monday morning, but this unnecessary pressure can set them up for failure later in the week. In fact, research shows that productivity decreases consistently over the course of a typical workweek, and has usually all but vanished by Thursday.

Time marches on, and our technology marches along with it. Today, we accomplish more in a single day at the office than workers 50 or 60 years ago could manage in a full week. But all the advances have also led to higher demands and expectations. Work emails ping our phones at all hours, instant messages come in during family mealtimes, and the expectation to meet deadlines has us working into the wee hours. For most of us, being “off the clock” doesn’t really exist anymore, and it means we’re often working beyond our 40 hours, even when we’re not at work.

The Way We Work Has Changed

The sudden shift to remote work in 2020 was an eye-opener. Overnight, managers had to learn how to maintain productivity with workers clocking in from home. While some chose to focus on keeping “butts in seats,” many learned that micromanaging at-home employees wasn’t necessary or helpful. For employees, one of the biggest challenges of the last year has been navigating the overlap of work life and home life. With kids and partners home, most workers learned that the 40-hour, five-day workweek wasn’t going to cut it.

Alternatives to the 40-Hour, Five-Day Workweek

With all the recent changes to the way we work, there’s a renewed focus on when we work. But while the business world is beginning to understand the traditional workweek is in need of an overhaul, there’s plenty of debate over the best solution. Here are the frontrunners:

Shift workers, like those in healthcare and similar industries, have been working fewer days and longer shifts for many years. Nurses often work three to four 12-hour shifts in a row, followed by several days off to refresh and recharge. That has many businesses considering the idea of reducing the workweek to four days, with 10-hour shifts each day to maintain a 40 hour week. In fact, more than 30 percent of U.S. employers offer a four-day workweek. While this seems great on paper, studies have shown that most professionals don’t perform as well when working shifts longer than eight hours. Trying to cram a week’s worth of work into four days while maintaining the standard 40 hours is often more of a hassle than a help, and can lead to increased stress levels and rapid turnover.

More than part time, but not really full time, the 32-hour workweek is quickly becoming the standard across Europe, and especially in Scandinavia, where workers overall report a much higher quality of life and better work/life balance. It doesn’t always transition quite so smoothly to a U.S. market however, where health benefits are closely tied to hours worked, and PTO and overtime are closely monitored. There are still many benefits to the 32-hour workweek though, including opportunities to job share (where two employees take on the responsibilities of one role), reduced stress, and increased job satisfaction.

If four-day or 32-hour workweeks aren’t realistic for your organization, it’s always wise to ask your employees what they need to operate at maximum efficiency and productivity. Treating workers as individuals isn’t exactly a radical idea, but it can create radical change. Allowing employees to work when it makes the most sense for them helps them feel more fulfilled. It boosts retention, contributes to a healthy work culture, and focuses on results rather than time.

The flex workweek is the approach we use at First Page, which makes managing a team of remote workers distributed around the world a pretty seamless operation. Here’s how we do it:

Someday, sooner than you might think, the 40-hour, five-day workweek will be a thing of the past. And we aren’t sad to see it go. Want more insight on the changing landscape of remote work? Follow our #RemoteWork blog to get all the latest updates! 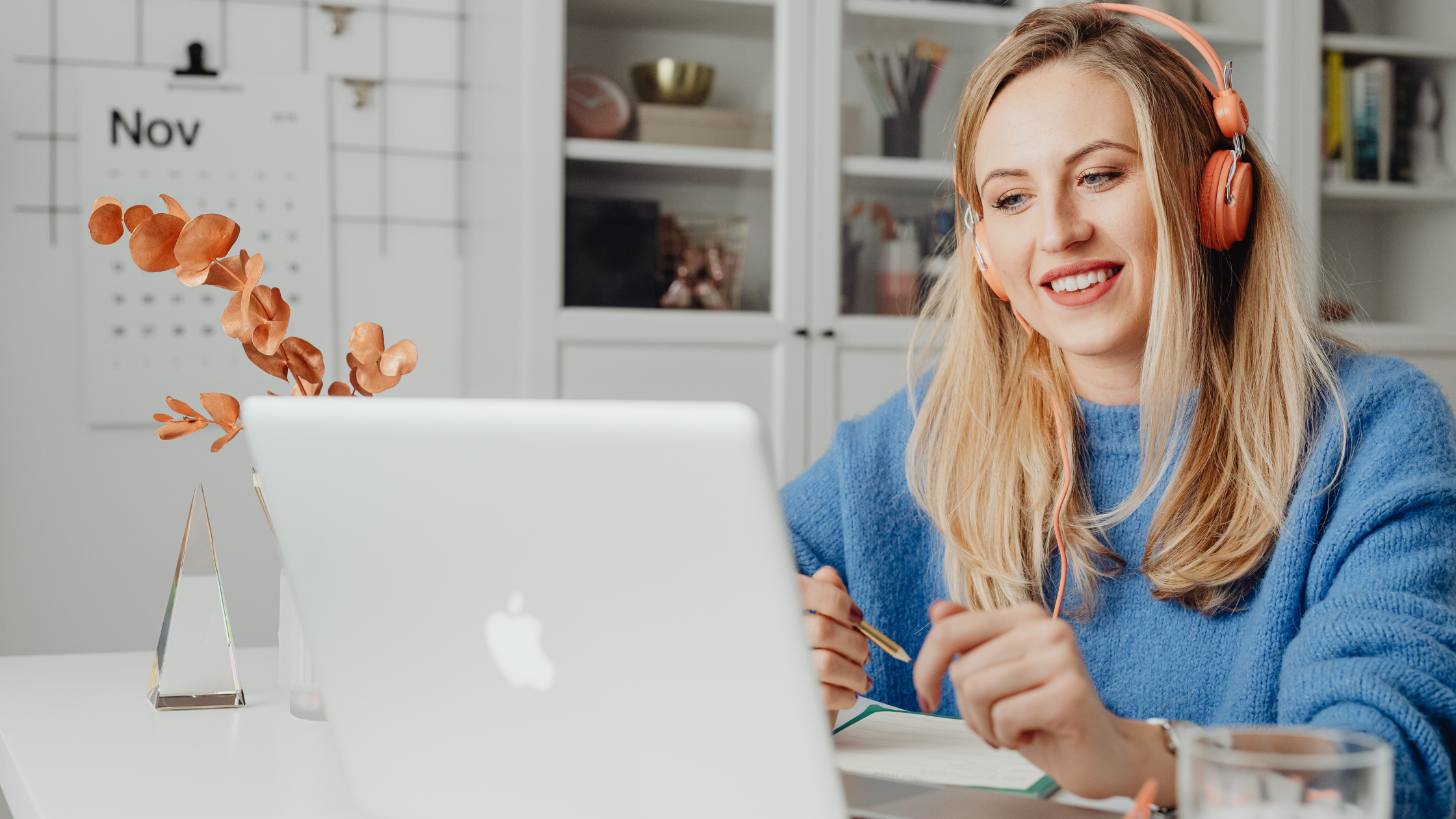 If you're looking for remote work opportunities, travel tips, or insights into the WFA life, look no further than our curated list of the 1... 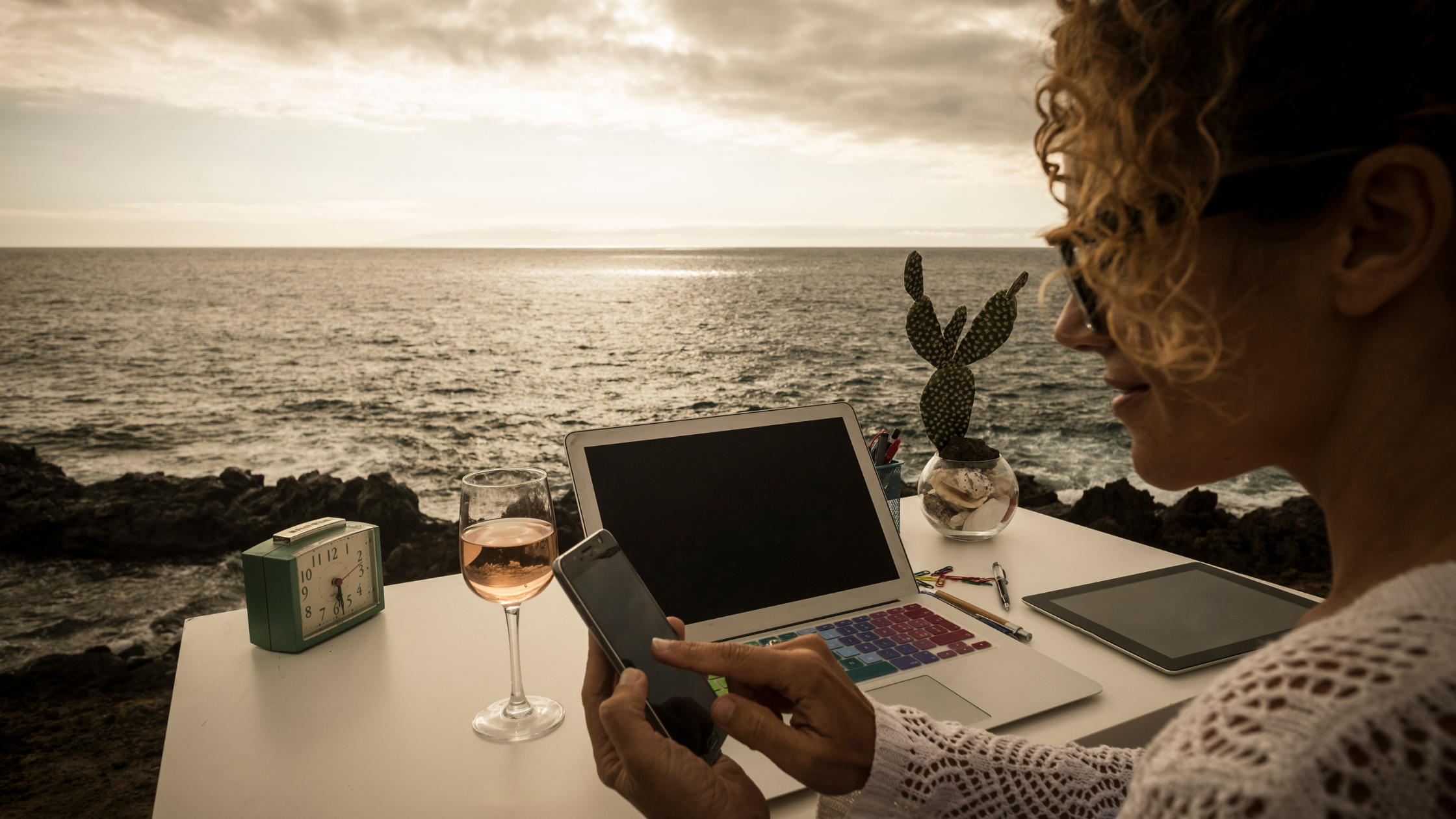 Set Your Sites on Working from Anywhere in 2023: An Epic List of Companies That Are Hiring

Ready to fulfill your vision of working from anywhere? We've got a huge list of companies that have gone remote in the last couple years. 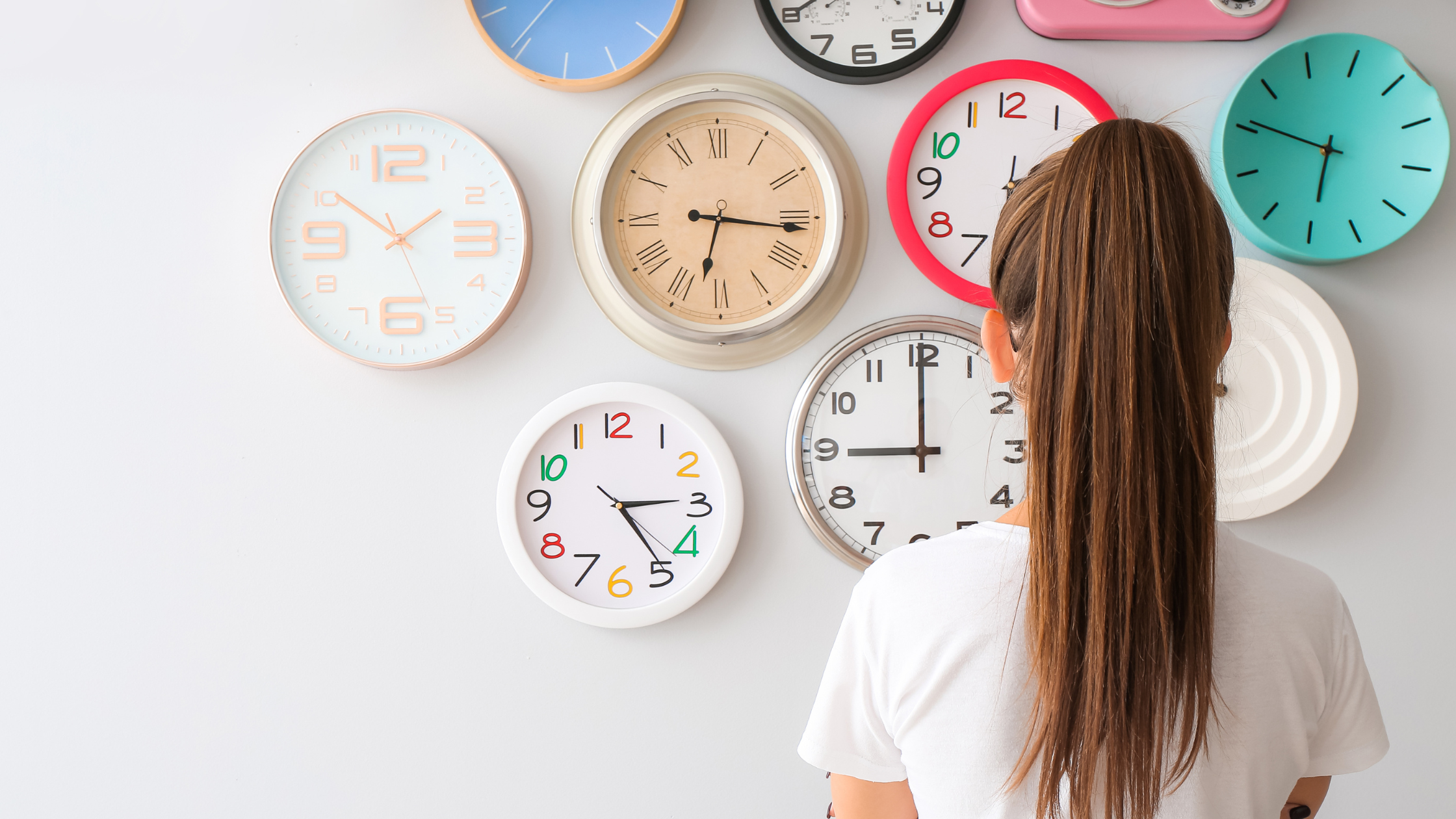 The Benefits of Hiring Across Time Zones

At FPS, we're all about marketing without borders. And we've found that hiring across time zones is a great way to bring diversity to your ... 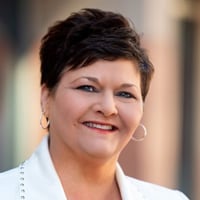